We Should Be Shocked By What Inflation Is Doing To Home Prices, Because We’ve Never Seen This Before

If you’re planning to buy a home right now, it’s safe to say that you will find one of the craziest markets ever. Home prices are crossing the line into “absurd” territory and they just keep getting higher and higher. There’s no end in sight for this frenzy, and as inflationary pressures are mounting in pretty much every sector of the economy, the housing market bubble is set to spiral out of control. All that thanks to the federal government’s wild spending and the easy money policies introduced by the Federal Reserve. Now, there are just too many dollars chasing too few goods and services, and price bubbles are emerging everywhere. But in the U.S. housing market, the effects of inflation are just shocking. We are seeing one of the most competitive markets in history, with bidding wars happening on a regular basis, and oftentimes, buyers are paying staggering sums that go way over listing price.
People have become so desperate to snatch up a home in this cutthroat real estate market that they have been offering Caribbean vacations to the seller, or bidding $1 million over the asking price, and even paying a competing bidder hundreds of thousands of dollars for them to walk away. Now that many buyers are making all-cash offers and going way above the asking price, to enter some hyper-competitive markets, people have been finding jaw-dropping ways to stand out. According to a Zillow report, only in March, 310 homes were sold for more than a million dollars above the list price in the U.S., an increase of 74% from last year. The report highlighted that paying half a million dollars over the asking price is even more common. In March, there were 940 of these sales across the country, twice as many as last year.
In that environment, it has been impossible for first-time buyers and other qualified homebuyers that need a mortgage to find an affordable home. That just proves how the current monetary policies effectively served to widen the wealth gap in America, making millions of lower income buyers unable to invest in a home. That’s what happens when trillions of printed money are pumped into the markets. At this point, the U.S. dollar has essentially become “wheelbarrow money”. As long as this euphoria continues, millions of Americans will be left with no other alternative but to rent a home.
Sadly, rents are surging very rapidly too. According to data released by CoreLogic, single-family rents jumped 5.3% year over year in April, rising from a 2.4% increase in April 2020, marking the largest gain in almost 15 years. Rents for single-family detached homes, increased by an even stronger rate of 7.9% compared with a year ago, as millennials in particular look for more outdoor space. Approximately half of millennials surveyed by Corelogic, and 64% of baby boomers, said they, “strongly prefer” to live in a single, stand-alone home.
So as home prices keep soaring a double-digit pace, and increasingly more potential buyers continue to be priced out, demand for single-family rentals is unlikely to cool anytime soon. And yet, we haven’t seen the worst of inflation this year. Yesterday, the Federal Reserve readjusted inflation expectations and very small steps in the direction of admitting the proportions of the inflationary crisis that we are facing. During the conference, the policymaking Federal Open Market Committee unanimously left its benchmark short-term borrowing rate anchored near zero, but officials suggested that two interest rate hikes would occur sooner than expected, after saying in March that no increases would happen until at least 2024.
Even though policymakers insist that inflation pressures are “transitory” amid the biggest rise in consumer prices in nearly 13 years, the Fed had to readjust its headline inflation expectation to 3.4%, a full percentage point higher than the March projection, and well above the 1.8% projection from a year ago. Needless to say, the word “transitory” is just another euphemism not to spark widespread panic amongst American consumers. But the truth is that they are doing very little to prevent a financial and economic disaster.
And as long as our politicians continue to engage in this reckless spending binge, and as long as the Federal Reserve comes along to finance this spending while pumping more money into the financial system, the threat of a devastating inflationary collapse is only becoming more real. Economists and financial analysts have been warning that we’re about to face the greatest paradigm shift in the story of the United States, one that will turn the world’s wealthiest superpower into the bankrupt Weimar Republic — And if you think home prices are expensive right now, just imagine how expensive they will get after the value of our currency collapses even further.”

‘Every American is going to see a difference’ with infrastructure deal: Buttigieg | ABC News 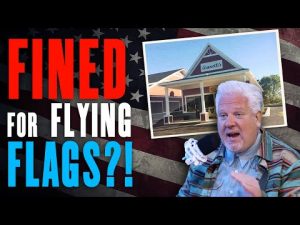 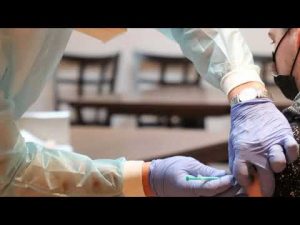 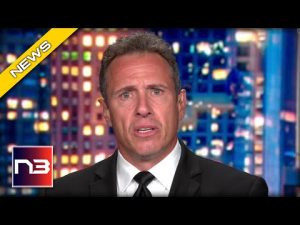