Morgan Stanley: A Destructive Stock Market Crash Is On The Horizon

It’s September, and stock markets around the world are starting to panic about an imminent global financial meltdown. It’s been 18 months since the onset of the health crisis and the latest stock market collapse. From that point on, stocks went on an unprecedented rally, but those extraordinary gains weren’t supported by real economic growth.
For experienced investors, who have seen the events that led to previous crashes, it has become evident that this monstrous stock market bubble cannot be sustained for much longer. When they look at the markets, they can see a bubble of everything. Or as GMO fund manager and legendary investor Jeremy Grantham, puts it, there’s “an epic bubble” about to burst. As the market veteran explained, “extreme overvaluation, explosive price increases, frenzied issuance, and hysterically speculative investor behavior” have all contributed to the uncontrolled growth of this bubble.
Over the past eight months, the S&P went up by 20.6%, the highest growth on record. But that’s extremely concerning considering that this splendid rally happened just as the U.S. economy fell deep into recession. At this point, U.S. stock, bond, and housing markets are simply defying financial gravity. The more the bubble expands, the bigger are the risks. The tech bubble and the cryptocurrency bubble are simply off the charts. And they keep on rising as if a day of reckoning would never come. But things are about to change.
Traders are running increasingly more scared since the Evergrande default contagion is threatening to spark widespread bankruptcies. That could lead to losses to the tune of hundreds of billions. Already, Hong Kong stocks plummeted to the lowest level in nearly a decade. The Chinese government is struggling to come up with critical support before the whole thing collapses. But some market watchers are warning that the initial default was enough to unleash a cascade of systemic failures on the global markets.
Most recently, legendary investor Jim Rogers made the headlines as he warned about growing risks and a looming collapse in the market. Rogers has seen more market ups and downs than most people alive today. During an international forum hosted by Russia, he revealed to be more concerned about the market’s future prospects than he’s ever been before. He says that there’s simply too much debt, while inflation is getting out of hand, the dollar is being debased as central banks continue to intervene in the markets, speculation is at all-time highs, and geopolitical tensions are further stressing the near-term outlook. The current macroeconomic environment doesn’t look good at all.
That’s why he confidently predicts that we will witness a massive economic and financial meltdown that will unleash the biggest bear market of our lifetime. The investor argues that the collapse has started and it will soon cascade its way towards the US, eventually sinking the entire system into a deep recession, if not a downright Depression. “I caution all of you, it’s been 11 years since we’ve had a serious bear market, and I would suggest to you that next time when we have a serious bear market it’s going to be the worst in our lifetime,” he said.
Rogers pointed out that the huge debt piled up by policymakers to paper over every crack in the economy or market is losing its effect. “Eventually, the market is going to say: ‘We don’t want this, we don’t want to play this game anymore, and we don’t want your garbage paper anymore’,” he said referring to the Fed’s Quantitative Easing program. “And that’s when we will have very serious problems… We all are going to pay a horrible price,” he added. Bearing in mind that the Everything Bubble has been expanded on the back of near-zero economic growth, valuations simply cannot stay at record highs even with more easy money, since the growth rate for liquidity already peaked in the first quarter.
Markets don’t need an exotic reason to crash – a simple change of sentiment could do it. And that change already started in Chinese markets. Despite comparisons that the Evergrande default crisis may be China’s Lehman moment, given today’s fundamentals, stocks don’t need a “Lehman Event” to crash. They’re priced for perfection, and the global economy is far from perfect right now. A domino fall has begun, and for the first time in 18 months, policymakers will not be injecting more stimulus into the economy. That is to say, all the major tailwinds that created the bubble of everything have started slowing or reversing. The only catalyst the stock market bubble needs to pop now is time.

‘The Five’ react to Biden admin’s response to gas prices

The Media Is a the Leftwing Propaganda Outlet

‘The Five’ examines police response to the Texas school shooting 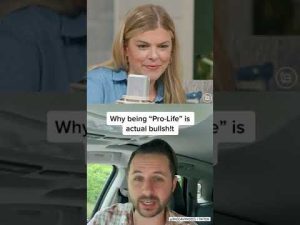 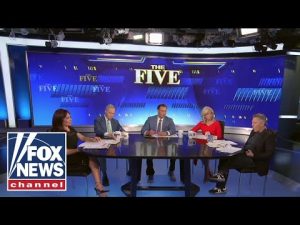 ‘The Five’ react to Biden admin’s response to gas prices 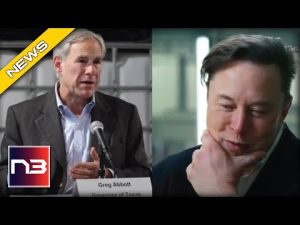